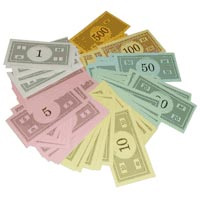 
(Reuters) - President Barack Obama announced on Sunday that Republican and Democratic leaders had agreed on a last-ditch deal to raise the U.S. borrowing limit and avoid a catastrophic default, and he urged lawmakers to "do the right thing" and approve the agreement.


Here is a summary of the deal, based on documents provided by both parties, as well as interviews with lawmakers and aides:

* The deal would allow President Barack Obama to raise the debt ceiling in three steps. Congress would get a chance to register its disapproval on two of these, but would not be able to block them unless it musters a two-thirds vote in both the House and the Senate -- an unlikely prospect.

* It envisions spending cuts of roughly $2.4 trillion over 10 years, which Congress would approve in two steps -- an initial $917 billion when the deal passes Congress and another $1.5 trillion by the end of the year.

* The first group of spending cuts would apply to the discretionary programs that Congress approves annually, covering everything from the military to food inspection.

* Those programs would be capped each year for 10 years. The caps would be relatively modest at first to avoid stifling the shaky economy -- spending for the fiscal year that begins October 1 would be only $6 billion below the current level of $1.049 trillion. The caps would have a greater impact in later years, when it is hoped that the economy will have recovered.

* Some $350 billion of the $917 billion total would come from defense and other security programs which now account for more than half of all discretionary spending. Republicans are resisting this idea and it is one of the few areas of dispute left.

* Automatic across-the-board spending cuts would kick in if Congress does not observe the caps in coming years.

* A 12-member congressional committee, made up equally of Republicans and Democrats from each chamber, would be tasked with finding a further $1.5 trillion in budget savings.

* That committee could find savings from an overhaul of the tax code and restructuring benefit programs like Medicare -- the politically risky decisions that lawmakers have not been able to agree on so far.

* The committee would have to complete its work by November 23. Congress would have an up-or-down vote, with no modifications, on the committee's recommendations by December 23.

* If the committee cannot agree on at least $1.2 trillion in savings, or Congress rejects its findings, automatic spending cuts totaling that amount would kick in starting in 2013.

* Those cuts would fall equally on domestic and military programs. Medicare would face automatic cuts as well, but Social Security, Medicaid, federal employee pay, and benefits for veterans and the poor would be exempt.

* The plan also calls for both the House and the Senate to vote on a balanced budget amendment to the Constitution by the end of the year. It is not likely to receive the two-thirds vote in each chamber needed for passage, but its inclusion will make it easier for conservatives to back the overall deal.
Posted by DHarman at 22:59